GreatMountain Chinooks "Loyal friends to the end of the trail" 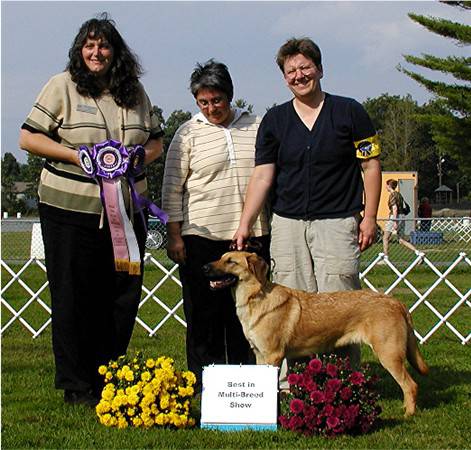 Judge Karen Brancheau awarded Chocorua a Best in Multi-Breed Show at a UKC show in Westfield, MA on June 25, 2004!

All of the family was at the National Specialty this year - Conaway, Abi, Chocorua and Tecumseh are just 9 months old here.